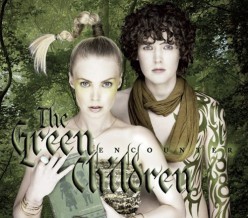 The international band, The Green Children, formed by Norwegian Milla Sunde and British Tom Marlow, use music as a means to convey their messages of social change.

The proceeds from their dedicated songs, music videos and fundraising activities go to their Green Children Foundation, which enables people to see the impact of their contributions.

One of the recent Green Children campaigns, ‘Hear Me Now’, included a music video shot in Bangladesh to celebrate micro-credit pioneer Muhammad Yunus’ work. On the day after Yunus was awarded his Nobel Peace Prize in 2006 a dedicated music CD and DVD was distributed in all of Norway. Result: $605,000 in sales and donations. $500,000 was donated to one of the first eye hospitals established by Grameen Health Care Trust, and $100,000 was donated to 100 student scholarships through the Grameen Shikkha Education programme.

The video was later launched for free download on YouTube, and 50% of their iTunes single sales go to a new micro-lending project run by Whole Foods/Whole Planet Foundation (the campaign has now ended).

The motivation behind the dual-purpose of The Green Children’s way of doing business is clear. As Marlow and Sunde explain: ‘We feel part of a global community that wants to use its different talents and creative minds to not only make a good life for themselves but also to change this world for the better. And we want to focus on the positive solutions rather than on the negative images of poverty.’ To these children of a new generation green is the colour of growth and hope.