Are you from Mars or from Venus?

Sustainable business requires an effort, which combines masculine and feminine values. That’s why we need women who raise their voices and men who reclaim their hearts. Are you one of them?

– Hillary is from Mars, Obama is from Venus. This was the headline of an article during the US presidential election campaign back in 2007.

Because, as the article explained, Obama was the warm, soft and tender candidate with a great smile calling for national soul-searching with key messages like “We can discover the better part of ourselves as a nation” and “We can dream big dreams.”

In contrast, Hillary Clinton was the competent and authoritative candidate, repeatedly telling people that they should let her take control of the country, that she was ready to lead, and that she wanted to “be the president who sets goals again.” 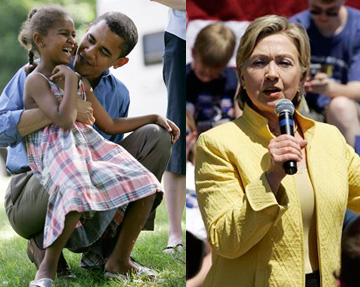 But in an unsustainable world that calls for innovative business solutions that both do good and do well, feminine values such as Being; Caring; Process; Cooperation; Emotional, Intuitive, and Holistic thinking are also making their way into executive positions and board rooms.

That’s why we find male CEOs like Howard Schultz, founder of Starbucks, describing his own leadership style as ‘sensitive, passionate and responsive’, which is also reflected in one of his mantras: ‘People aren’t interested in how much you know. It’s how much you care.’ 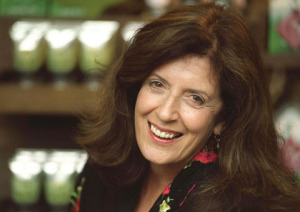 And that’s why we find female entrepreneurs like the late Anita Roddick, founder of The Body Shop, who championed CSR objectives long before it broke into the mainstream, describing her personal leadership style like this:

– I run my company according to feminine principles – of caring, making intuitive decisions, not getting hung up on hierarchy, having a sense of work as being part of your life not separate from it, putting your labour where your love is, being responsible to the world in how you use your profits, recognising the bottom line should stay at the bottom.

Today, New Pioneers in the shape of visionary leaders and innovative entrepreneurs – men as well as women – from around the world are paving the way for sustainable leadership principles and business models that bridge the intuitive and logical, the masculine and feminine, the inner and outer, the personal and global.

As feminist Jane Fonda once put it: the 21st century is the time for ‘women to reclaim their voices and men their hearts’.

Maybe you’re one of them?

Tania Ellis is a prize-winning speaker and author of the internationally acclaimed book about sustainable business success through social innovation and social entrepreneurship, The New Pioneers. She is also the founder of The Social Business Club, an international network for professionals with a passion for sustainable business. www.taniaellis.com

This blog post is a contribution to Women’s Entrepeneurship Day Nov. 19th, hosted by Partnership for Change in Oslo. Along with 143 other countries around the world Norway joined the WED global initiative to celebrate the power of women entrepreneurs and partnerships for sustainable change. www.pfchange.org