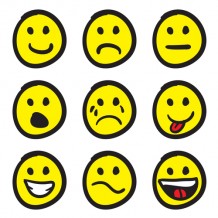 In The New Pioneers I focus on three sustainable growth principles. One of them is the principle of immaterial growth. With today’s resource scarcity and skyrocketing social imbalances, how we determine and measure growth is becoming a critical issue. But this imbalance has been brewing for decades.

Already in 1968 Senator Robert Kennedy pointed out in a speech that the gross domestic product (GDP) as it was designed then – and still is today – ignores all non-monetary aspects of the economy. It ‘measures neither our wit nor our courage, neither our wisdom nor our learning, neither our compassion, neither our devotion to our country.’ In short, it measures ‘everything except that which makes life worthwhile’. And even further back, in 1934, the creator of GDP himself, Simon Kuznets, warned that such a limited, one-dimensional metric should not be used as an index of overall social progress.

Today’s need for new metrics to measure and redefine growth is reflected in corporate concepts like the Triple Bottom Line – also known as People, Planet, Profit or the Three Pillars of Sustainability, which capture an expanded spectrum of economic, ecological and social values and criteria for measuring organizational (and societal) success. But one of the most progressive and interesting concepts in recent years springs from an unexpected source:

In 2008 the small nation of Bhutan pioneered the concept of gross national happiness (GNH) to promote sustainable development, preservation and promotion of cultural values, conservation of the natural environment and establishment of good governance. See more about the concept here:

Who would have believed that this would be recognized as more than a quaint Buddhist exercise in a small far-away country? Nevertheless, new measures of life quality and wellbeing are gaining ground in the Western world – like the United Nations’ Human Development Index (HDI), the European Commission’s Beyond GPD initiative and French President Sarkozy’s Commission on the Measurement of Economic Performance and Social Progress.

Progress is being made – but none of the new measures, initiatives or systems have been taken into the mainstream yet. As economist Hazel Henderson and system theorist Fridtjof Capra point out in a report on qualitative growth, the global transition to sustainability is no longer a conceptual nor a technical problem, but remains a problem of values and political will.

What is your experience? Is happiness measured in your country or company? And if so, how? And if not, should it be?