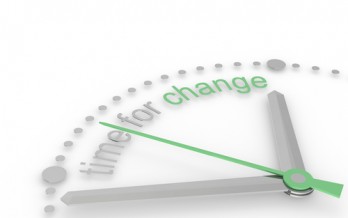 New Year resolutions and The Future We Want

The New Year is the time of new beginnings, and our resolutions are the commitments we make to new goals and possibly even new visions. So why not reflect on what kind of future we want?

The power of visions for the future

In 1939-40, during the Great Depression, General Motors created a dynamic and positive vision of what America could be in 1960: a highly car-centred society with automated highways and vast suburbs. The vision was presented on the exhibit Futurama at New York World’s Fair to show the world 20 years into the future, and it made such a deep impression that it has shaped urban development in the United States over the past 70 years.

An updated version, Futurama II, was presented at New York World’s Fair in 1964-65, this time depicting life 60 years into the future. Scenes included an Antarctic ‘Weather Central’ climate forecasting centre, a ’Hotel Atlantis’ for underseas vacationing, desert irrigation and land reclamation, building roads in the jungle and a City of the Future. The exhibit proved to be the most popular with more than 26 million people attending the show in the two six-month seasons the Fair was open. Once again the exhibit was sponsored by General Motors.

On June 1, 2009 the credit crisis closed General Motors, which is now owned by the United States Treasury and Canadian governments, a symbolic mark of the end of the industrial era. Today it is time for a new vision.

The Future We Want

One project is already working on offering a vision of what the future will look like, guided by principles of sustainability. It is The Future We Want™, facilitated by William Becker, former executive director of the US Presidential Climate Action Project, and supported by a wide range of project partners and advisors leading the field of sustainability and climate change research, including UN’s Global Compact network.

William Becker – who is also among the endorsers of my book The New Pioneers – recently told me about the three stages planned for the project:

1) A global conversation using crowd sourcing and social media, in which people from around the world express their ideas for what a sustainable future would be.

2) An exhibit at the 2012 Earth Summit in Rio that depicts these ideas using videos, computer animations and other advanced communications technologies.

3) Worldwide dissemination of these products in several different formats from educational curricula to apps, and a web page that provides toys and tools for professional planners to engage the public in sustainable community development decisions.

William Becker also told me that, ‘we’ve found that creating a realistic yet hopeful vision of the future is an idea taking hold in many different parts of the world and by many different groups. We hope to become a portal through which policy makers, designers, planners and lay citizens can connect with and participate in these efforts.’

Why not kick-start the New Year by  sharing your vision for a sustainable future through The Future We Want™ ? – and in the meantime I wish you a prosperous and sustainable 2012, I look forward to sharing it with you. Happy New Year!