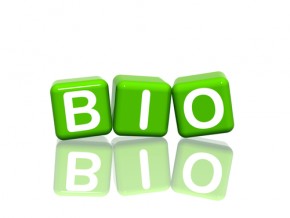 The business of organic foods

The market for sustainable products and services appears to be growing stronger year by year. The American market for organic foods, for example, has grown 20% since 1990, and it is now growing five times faster than the market for conventional foods.

According to this week’s TIME magazine, which features the article What’s so great about organic food?, organic foods currently represent about 3% of the total U.S. market, and from around 1% to 7% in European countries. And in Asia, the largest organic market, Japan, is now expanding to other countries like China, Thailand, Singapore, Malaysia and India, as consumers there are becoming more affluent. Beijing recently hosted its first organic farmers’ market, while in India, the certified-organic market has grown 200% (!) in the past two years.

The Danish food supplier Aarstiderne, which delivers ecological food and food recipes in wooden boxes directly to the customer’s front door, is one example of the sustainable consumption business concepts that have emerged in recent years.

By combining the traditional grocery-shopping concept (the supermarket) in combination with a new technology (the Internet) together with delivery of exclusive ecological groceries in wooden boxes that are later recycled and used to heat and power Aarstiderne’s organic farm, the company creates both economic and social value:

The recycled boxes not only supply 60% of Aarstidernes power needs, the company has also changed the shopping patterns and improved the eating habits of more than 40,000 Danes and thousands of Swedes and Germans. The co-founder of Aarstiderne, Thomas Harttung, was named on of TIME magazine’s Heroes of the Environment in 2009.

Interestingly, ‘conventional’ consumer segments have come to appreciate the value and attributes of green, Fairtrade, eco-friendly or organic products – but instead of converting to existing sustainable brands, these consumers are looking to their favourite brands to incorporate sustainable, green practices. And so, mainstream brands are now following the trails of pioneering companies like Aarstiderne.

The world’s largest supermarket chain Walmart and British supermarkets Tesco and M&S, for example, are addressing sustainability and climate change as part of their business strategies. Mainstream commercial companies are simply realizing that practices built on ethics, responsibility and sustainability are business opportunities that cannot be missed.

But as TIME magazine points out in this week’s article, the back-to-the-land ideal of farming without the use of synthetic pesticides and other chemicals can take you only so far in a world with 6.8 billion mouths to feed: only about 5% of the arable land on the planet remains unused, but we will need to increase food production by 50-100% to keep up with a global population that’s galloping to a projected 9 billion by 2050.  So spraying, fertilizing and even genetically engineering to produce high-yield plants, may be something we simply have to accept?