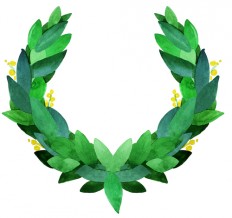 The New Pioneers makes the Top 40

The New Pioneers has made no. 21 on the University of Cambridge’s “Top 40 Sustainability Books of 2010” alongside books by authors such as Al Gore, Muhammad Yunus and Joseph E. Stiglitz. The list, compiled by the Cambridge Programme for Sustainability Leadership with input from its Senior Associates, strongly emphazises business response and creating change. Wayne Visser, Senior Associate at the University of Cambridge Programme for Sustainability Leadership, says about the process of comprising the list: “We selected those books which we believe are most relevant for today’s leaders.”

On his blog, CSR International, Wayne Visser compares the Top 40 to the The Top 50 Sustainability Books published by the University of Cambridge in 2009 and drawing together key thinking from the last 50 years. These are some of the noteworthy changes  listed on the blog:

• The ‘All Time Top 50’ list included a fairly balanced coverage of social and environmental issues. By contrast the ‘2010 Top 40’ list is heavily skewed towards environmental challenges, and dominate by climate change.

• The Top 50 contained numerous treatise on capitalism and globalisation, while the Top 40 (in the wake of the financial crisis) has shifted almost exclusively to a focus on the economy.

• The Top 40 also has a much stronger emphasis on business responses and creating change. In fact, it is altogether a more pragmatic list, with titles that contain words like ‘plan’, ‘how to’, ‘strategy’ and ‘guide’.

• There is an increase in the number of female authors (28%, as compared with 17% for the Top 50), although the gender imbalance remains worryingly low.

When Wayne Visser talks sustainability and CSR, he knows what he’s talking about. Visser, founder and director of the think-tank CSR International, has authored nine books on the role of business in society, and his work has inspired some of my conclusions about corporate sustainability practices.

In Visser’s most recent book, The Age of Responsibility, which came out in February 2011, he calls for companies to shift to CSR 2.0 – where success is judged by improvements in the overall socio-cultural, economic and ecological systems. If not, CSR will continue to fail, argues Visser.

With an array of cases he guides his reader through the evolution of business responsibility – from the Ages of Greed, Philanthropy, Marketing and Management to the Age of Responsibility – and shares the five principles of sustainable business actions. Wayne Visser’s The Age of Responsibility is stuffed with insightful, hard hitting case stories and is at the same time a compelling personal story about the possibility of making a difference through CSR. It is an important book – and well worth the read.